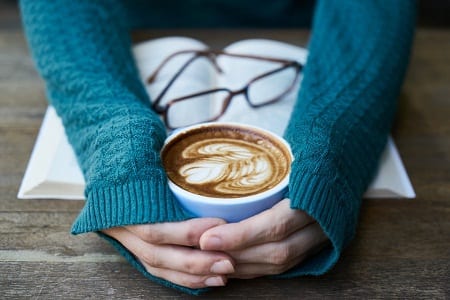 In a study published June 2017 and published in BMJ Open, the health benefits of coffee are clearly shown and encouraging to those who have to have more than one cup of Joe per day.

The study entitled “Coffee, including caffeinated and decaffeinated coffee, and the risk of hepatocellular carcinoma: a systematic review and does-response meta-analysis” shows that having several cups of coffee whether caffeinated or decaf does lead to significant drops in developing cancer.

The caffeinated coffee had higher results than the decaffeinated, but the bottom line is science has shown the beverage is far more important than previously realized.  For decades the arguments regarding coffee’s benefits for health have been strongly debated.  Study after study conflicted one another but this time, the data is on the table for everyone to take a bite out of.

The objective of the study was to determine: “To examine the association between coffee, including caffeinated and decaffeinated coffee, with hepatocellular (HCC) and assess the influence of HCC etiology and preexisting liver disease.”.

With over 1,000 participants in the study, the researchers found that having just two cups of coffee per day brought about on average, a 35% reduction in the risk of HCC.  It didn’t matter if the subjects had minimal or more serious liver disease, nor the amount of alcohol consumption, the decrease in developing cancer was the same.

The strengths of the study shows that not only is this study the first meta-analysis to do the calculations to find the relative risks of hepatocellular carcinoma for those who consumed 1 to 5 cups of coffee daily, but this data should allow for the designing of an intervention strategy that is coffee based in use in a clinical trial.

Furthermore, this study is a first-time meta-analysis to discover the influence of all the main HCC risk factors that are associated with HCC and coffee.  The same is for the decaffeinated coffee consumption.  The study found that there is a heterogeneity between the studies included in the meta-analysis.

The results of the study have startled the public and medical community.  Since liver cancer is the 6th most regularly diagnosed cancer throughout the world, it behooves other researchers as well as the medical industry to follow up on this research and see how it can be applied to the problem of liver cancer.  Whether coffee diminishes the chances of other forms of cancer isn’t listed, but many feel the benefits are the same.

The compounds found in coffee are known to have antioxidants, anti-fibrotic, anti-carcinogenic and anti-inflammatory properties.

What does all this have to do for the average consumer who enjoys coffee but is worried that too much might cause harm?  It’s on a case by case basis as to how much coffee a person can tolerate per day.  The caffeine might be too much for some and they’ll have to switch to decaffeinated or supplement their caffeinated coffee with decaf for later in the afternoon and evening.  In addition, living a healthy lifestyle should boost the success of coffee on the body.

So, enjoy that cup of Joe with full peace of mind that not only are you satisfying your taste buds, but you’re preventing cancer from taking root.